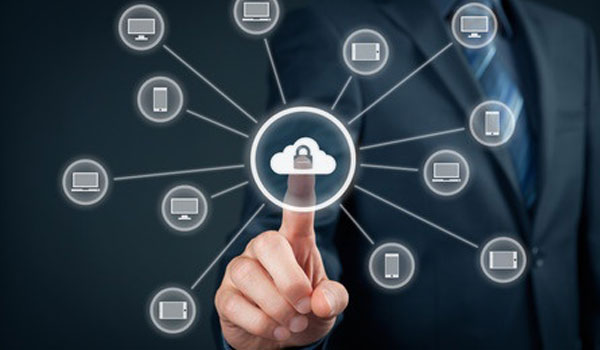 In years gone by, new entrants to any business sector were faced with a critical question – how can they compete with the big guys? These entrenched veterans have the name recognition, the size and the established customer-base. So how can newcomers compete? In many cases, the answer was to carve themselves a niche, remain small but profitable, and never really threaten the incumbents. This resigned attitude bred a level of complacency within the halls and boardrooms of the biggest industry players.

However, recent technological innovation is shifting the balance of power considerably. Although it’s not the only technology playing its part in this equation, cloud IT is driving disruptive industry newcomers forward, providing the agility needed to launch products and services faster, create better customer experiences and target new markets more precisely.

What puts cloud at the core of this shift is its low barrier to entry. Whether it’s Salesforce for your CRM system or Workday for your HR organization, all of the key components of a modern business can be picked off the shelf and paid for monthly or quarterly. And there’s no need to invest in physical infrastructure. Computing functionality is purchased as-a-service and can even be paid for in increments as small as a CPU cycle. All you need to enter a market is a great idea, a laptop, an internet connection and a credit card.

The modern business landscape is not a head-to-head fight anymore. It’s more akin to a slalom race, and the size and global footprint of the longer-established business is now a liability rather than a benefit.

Take banking as an example. Disruptive players, such as Monzo, Revolut and Starling Bank, are releasing new features and functions every month (often based on customer feedback), enriching the customer experience. They’re able to do so because of their lean and agile structures, unburdened by a reliance on physical hardware, paperwork or branches. Currently, high-street banks struggle to compete with that.

Legacy IT debt, unfinished upgrades and compliance are all quoted by larger businesses as reasons to delay cloud adoption. Of course, companies are under pressure to utilise what they have already paid for before moving on to the next generation of IT infrastructure. Established businesses have to plan migrations, with business as usual taking priority.

There are also security concerns. These businesses have security policies, and if you fundamentally change the architecture, these no longer work. Security is, of course, a key concern and not to be taken lightly. But if the 20-something-year-old policy doesn’t fit the new architecture that will provide competitive advantage, shouldn’t the policy be updated?

One foot in, one foot out

Not wanting to be seen as laggards or luddites, what we often see within larger businesses in terms of cloud adoption is a compromised, hybrid solution. However, rather than being a best-of-both-worlds proposition, it’s more a jack-of-all-trades scenario.

This means that many of the key benefits of cloud are lost. Thinking about applications being in the cloud but not extending that thought process to the network itself ultimately dilutes the experience, leaving organizations with the same legacy issues rather than rather than fixing them.

Of course, this isn’t the end for those slower-moving, longer-running businesses. Cloud-driven disruptors are biting at their heels, but aren’t the leading force of their industries as yet. There is still time for the incumbents to increase their agility and fight back before they lose market share.

To do so will require a combination of a shift in mindset, strategy and technology, which I’ll be discussing in greater detail at ESRM on 27th November 2019.